Africell partners with Covalensedigital for Oracle implementation in Angola

Agile and DevOps - contradictory or complementary

DevOps is a buzzword that has been trending in the tech industry in recent years. But in spite of its fame, there is a lot of misperception pertaining to “how different it is from Agile”.

DevOps vs Agile is an endless discussion in the IT industry now.

Agile is a set of software development methodologies that help engineering teams to deliver fast responses to the feedback they get on the project in a collaborative manner. DevOps is rather a set of methods that allow automatization of the software delivery. While Agile was a response to Waterfall, DevOps isn’t a response to Agile. DevOps blends automation, and continuous delivery to streamline the software delivery process. By and large Agile is more about the process and DevOps is about automation using technology. So (DevOps & Agile) need to be partners in a release cycle so as to deliver high-quality software without "Delay".

Consider a Project with a release timeline of 6 months which is supposed to be executed in an Agile model like Scrum. Here are the sequences of key action items:

Breaking down the Business Use Cases into User Stories and allocate them in Sprints. The Sprint can be of 2 or 3 weeks whichever best suitable

But like most of the complex projects, if a lot of bugs/issues reported in all Sprints, then Scrum Team would exhaust the pre-defined sprint bandwidth for activity code fix and retest. Eventually, this leads to a situation Spillover of User Stories happening in almost all Sprints, and at end release delay is a possible scenario.

Sometimes workaround like “Hardening Sprint” (extra sprint planned) introduced to manage bandwidth issues and the scrum team tries to complete everything in this Sprint.

There is nothing like” Hardening Sprint” in Agile. This is an erroneous practice.

So, what is the actual solution to this issue?

If we can automate few efforts then we can catch the issue at an early stage and resolve at a fast rate rather than at the end of the Sprint. We need a process where we continuously code and test and then deliver a high-quality final artifact to the ops team for further deployment.

By continuous integration, the team can code and test multiple times in a day and in a sprint and integrate the sanitized code into SCM.

Testing scope is mostly revolving around automation of the regression test suite. By implementing a CI tool like "Jenkins", every time any dev member check-in new code into SCM, automatically regression test suite will be executed and results shared with stakeholders for further action. Activities like Build generation, build code quality check, deployment of the build can be automated by adopting CI/CD practice.

If we find all issues and fix them at the right time, by adopting DevOps-CI/CD, we don’t need Hardening Sprint anymore!

Myth-2
Comparing to Agile, DevOps is a faster way of delivery of Quality software
DevOps (CI/CD) is not an independent end to end process which will replace Agile as discussed in the above section. Efforts like code development, Testing, the review cannot be replaced by adopting “DevOps”.
By implementing DevOps, many efforts will be automated by using varieties of tools like Jenkins, Ansible, Nexus, SonarQube.
Adopting these tooling and automated processes of DevOps we can enhance the speed of execution in Agile methodology.
So DevOps is not an alternative to Agile (Scrum) but co-exists with it.

Myth-3
DevOps will automate every technical effort
No!
Each technical task cannot be automated. The developer will do coding manually using language like "Python, Java or C#". The tester will test manually the features and write automation codes for the regression test suite. An effort like Sprint planning to Sprint retrospective will be there and by mutual collaboration, these jobs must be executed.
Complete automation of the entire release life cycle is not practically feasible. We are not considering "Artificial intelligence" Here.

This is a completely wrong assumption as we discussed in previous points that all efforts coding, testing, would be intact. DevOps Professionals can automate many technical efforts and in-corporate into the delivery process. The actual replacement happens for “Operation teams” and downsize an “ops” team can be considered case wise. DevOps professionals can take care of efforts of the “ops team “like System monitoring, Deployment, Scaling.
Any team member of the development team can play the role of “DevOps professional”.

The purpose of DevOps implementation should be "adherence to release timeline and high quality" instead of cost-cutting. Timely go to market gives a boost to sales pipeline and financial profit eventually.

Myth-5
Ultimately DevOps is a new trend and eventually will replace Agile in the coming future
Now after discussion of all the above points, it is very much confirmed that DevOps and Agile are supposed to co-exist for faster and quality delivery.
No one can replace either. They are not for in fact Best friends.
So next time when someone saying, "DevOps will replace Agile", we should Smile! 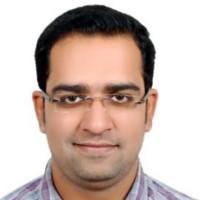 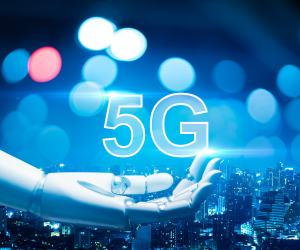 72% of 5G revenue growth depends on the transformation of OSS/BSS. 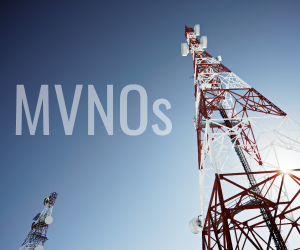 How can new generation MVNOs gain the business edge? 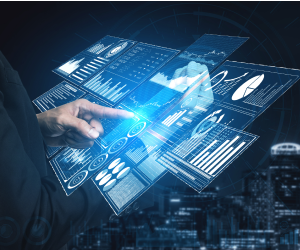 Data analytics for subscription businesses no more an option

The role of data analytics application is to provide organizations an easy way to uncover insights from the available data. 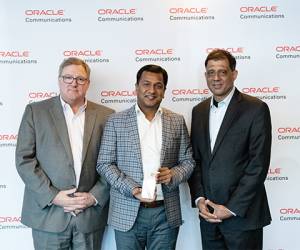 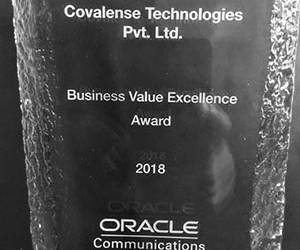 Covalense wins “Business Value Excellence Award” at Oracle CAB Asia 2018
Read more
Circles.Life would like to take this opportunity to acknowledge the close partnership that we’ve built with Covalense Digital Solutions (Covalensedigital) over the years. We appreciate the many services that have been provided, and would like to thank Covalensedigital for being part of our growth story. As Circles.Life continues to work on giving power back to customers, we see Covalensedigital as a valuable technology partner and look forward to the team’s support.
- Changez Khan
Head of Network Engineering

Covalensedigital is engaged as part of our ambitious 4G Billing transformation project. Covalensedigital demonstrated in-depth knowledge in Oracle Communications stack of products. We are extremely happy about the progress made in the current implementation and migration phases of the project and look forward for long term working relationship.
- Eric Chen
Director of IT

Covalensedigital has been a preferred partner for Intuit since 2014. Covalensedigital has assisted Intuit immensely for launching Intuit's subscription monetization platform for SAAS and other product offerings in North America, Australia, Europe and other Global Markets successfully. We commend and appreciate Covalensedigital's in-depth domain and technology expertise. With their thorough understanding of Intuit's business needs, Covalensedigital excelled in delivering applications, assured quality and application support services with highest professionalism. We are delighted to engage Covalensedigital at Intuit and we look forward for many more years of business association.
- Balajee Sundaram
Director

Covalensedigital has been associated with Viva for the past 3 years in multiple projects. They have delivered successfully in all the projects across end to product stacks with Siebel CRM, OSM, AIA & OBRM. Covalensedigital SMEs have been instrumental in delivering the BRM upgrade project and we continue to engage them for advisory services as part of enriching the product stack. As part of the production support team, they have optimized rating and billing performances and continue to support critical activities. We look forward to a long-term engagement with Covalensedigital.
- Hicham Badaoui
Director of IT 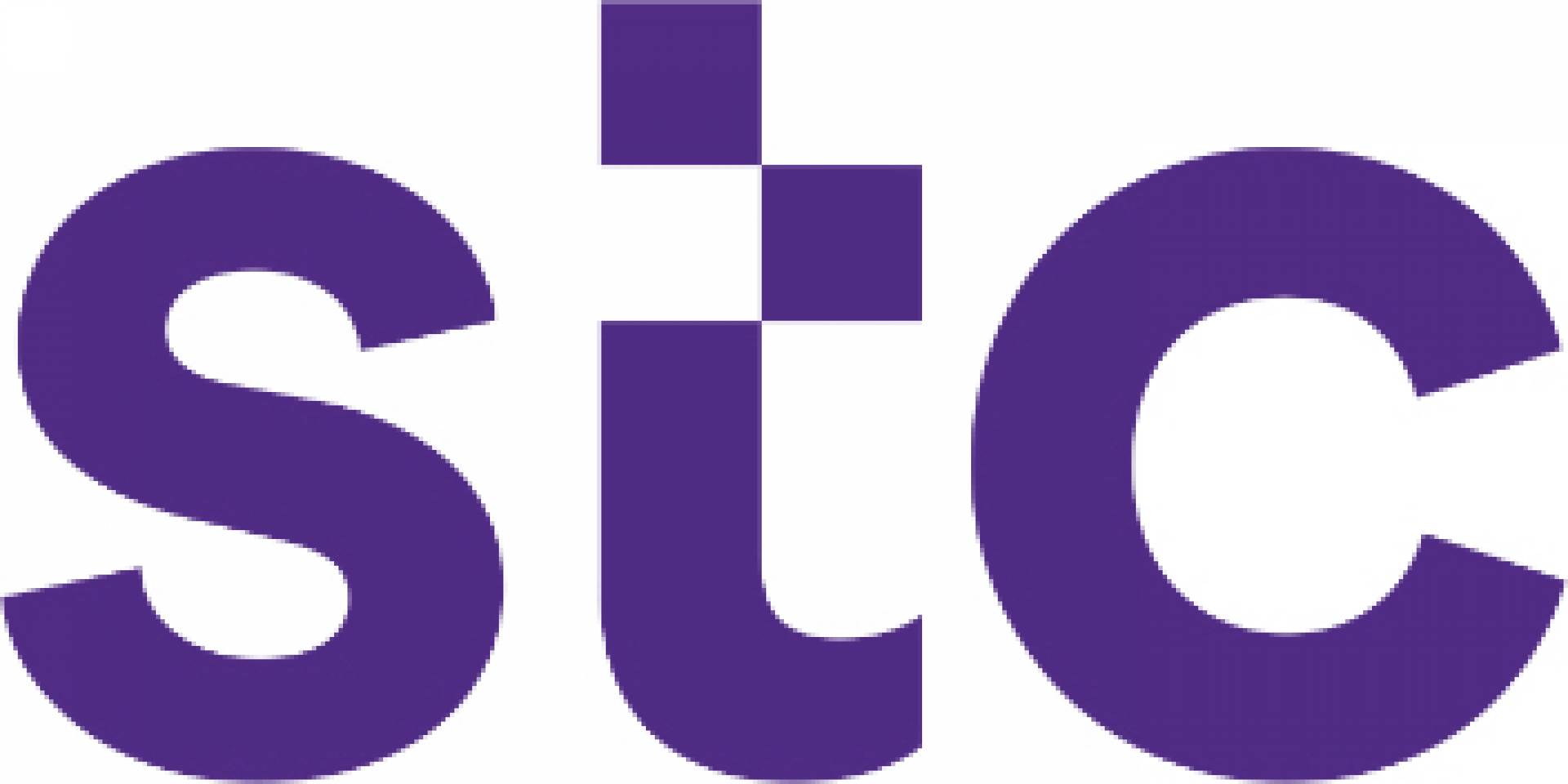 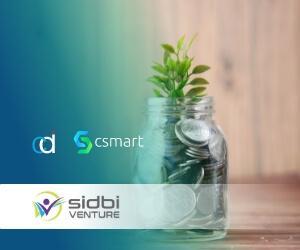 Covalensedigital, a disruptor in subscription monetization announced a Series A equity raise from SIDBI Venture Cap...

Covalensedigital is GPTW certified again! 3rd year in a row! 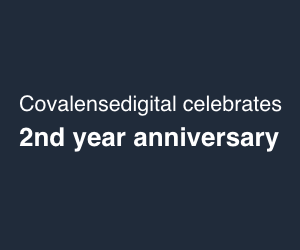